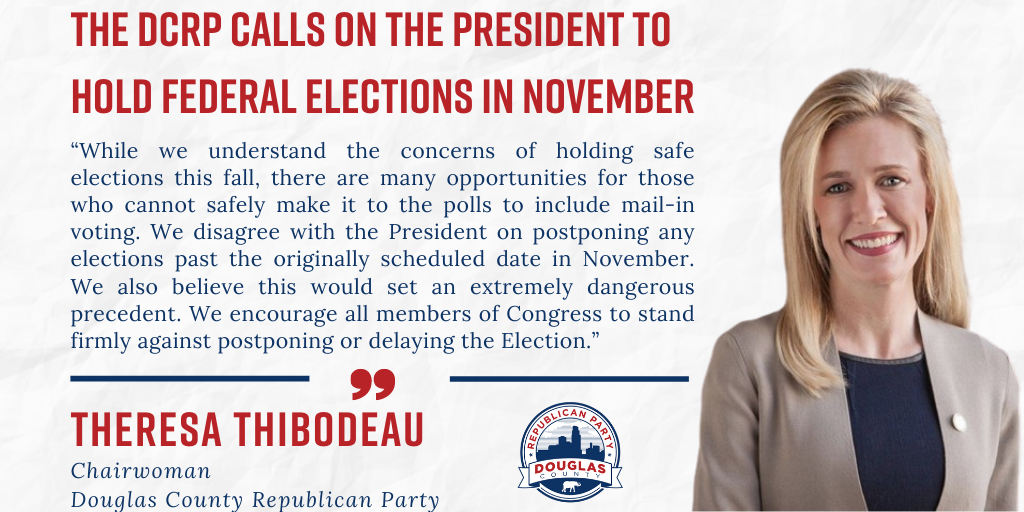 OMAHA, NE – The President tweeted on Thursday morning that the US
should “delay the Election until people can properly, securely and safely
vote.” The Constitution of the United States makes it abundantly clear that
the President has no authority to postpone a federal election. Moreover, the
20th Amendment to the U.S. Constitution states that, “the terms of the
President and Vice President shall end at noon on the 20th Day of January.”
If any change is to be made to the date of the Election or the terms of office,
it must first go through Congress, not the Executive Branch.
Douglas County Republican Party Chair Theresa Thibodeau released the
following statement:
“While we understand the concerns of holding safe elections this fall, there
are many opportunities for those who cannot safely make it to the polls to
include mail-in voting. We disagree with the President on postponing any
elections past the originally scheduled date in November. We also believe
this would set an extremely dangerous precedent. We encourage all
members of Congress to stand firmly against postponing or delaying the
Election.”